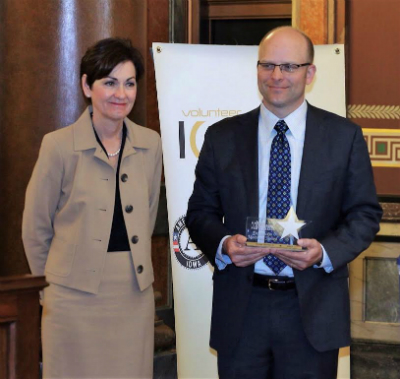 Gentsch has volunteered as a weekly reader since 2004 with Everybody Wins! Iowa, an organization focused on increasing children’s success in school and life through one-to-one reading and mentoring experiences with caring volunteers. He was a founding member of the Board of Directors and since 2004 has served as a leader in multiple roles including Treasurer and Fundraising Chair, Vice President, and President. Learn more about Everybody Wins! Iowa at their website.