When it comes to finalizing child custody agreements, legal terminology sometimes confounds parents. Even some attorneys experience problems with formal and informal child custody labels and the actual meanings behind these terms. These labels include, but are certainly not limited to, the following: joint physical care, shared physical care, 50/50 custody, primary physical care, joint legal custody, sole legal custody, visitation time, and parenting time. Some of these terms are not even listed in the Iowa Code, yet routinely appear in custody stipulations!

The explanation section of House File 2366 states the bill replaces the term “visitation” with the term “parenting time” relative to the rights awarded one parent to the time that parent spends with the children. The bill is silent on the exact meaning of “parenting time." The bill does not introduce a standard where the term “parenting time” affords the non-primary physical care parent additional rights regarding the minor children. This is extremely important to note among lawyers and non-lawyers, as the award of primary physical care provides one parent with more rights regarding decision-making and childrearing than the visitation-only parent.

As the meaning of family and traditional parenting roles evolve, the Iowa Legislature will likely work toward updating family law terminology. The goal is to provide modern families with understandable labels that result in post-divorce harmony. At the very least, the update in terminology will hopefully alleviate some concerns non-primary physical care parents face when lawyers and courts discuss “visitation” and “parenting time.”

If this month's topic interests you, reach out to Tyler! 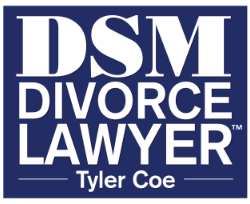