John Templer’s experience as an advocate covers a multitude of project types including commercial, industrial and residential buildings, and often he is called upon to apply his expertise in insurance law pertaining to construction projects. He has represented his construction clients before many different forums, and in a variety of venues around the country. This includes bench and jury trials in Iowa and other states for complex construction disputes. In Chambers USA 2021 edition Litigation: General Commercial - Iowa, John is described as "preeminent in construction law."

He has also developed a strong reputation as an expert arbitrator and mediator in construction disputes, and is a Fellow of the College of Commercial Arbitrators, a distinguished group of arbitrators whose expertise in this field of Alternative Dispute Resolution is recognized world-wide. For over twenty years he has served on American Arbitration Association panels, both as panelist and chair, in large complex arbitrations involving high-rise hotel/office buildings, sports domes, schools, and industrial projects. 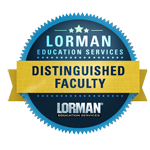 University of Iowa College of Law, J.D., 1974, with high distinction